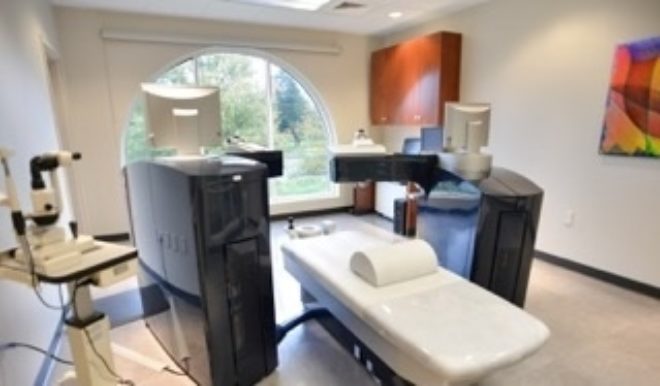 Blade Versus Blade-Free LASIK: What You Need to Know

It may seem like an obvious decision when considering eye surgery; a laser is better than a blade. If you were sculpting a statue and offered a chisel or a laser, which would you choose? But every year, thousands of people are having blade LASIK, and many don’t even know that there is an alternative, or even what concerns they should have about a flap that is created with a blade.

We want to be clear, there are many people that are happy with their results even after blade LASIK, but they likely don’t know the difference or understand the long-term ramifications.

Blade LASIK is when an electrically driven mechanical spinning blade called a microkeratome is used to cut the corneal flap, similar to how a deli slicer works. The alternative, bladeless, also called all-laser blade-free LASIK or femtosecond-assisted (Femto) LASIK, uses only a laser to make the corneal flap and a second laser then reshapes your cornea.

Here are some facts you need to know about flaps made with a microkeratome (blade) at the time of surgery, immediately after surgery, and long term, compared to the laser technology we have used for 18 + years at Providence Eye.

At the time of surgery, a microkeratome:

Here is what Dr. Mozayeni has to say about laser flaps versus blade flaps:

When it comes to providing the most accurate procedure with the safest long-term results for my patients, I know that the answer is all-laser LASIK. I have been performing all-laser LASIK since 2003! A flap made with a laser is not only more comfortable on the day of the procedure but also enables me to create a customized, precise flap that, when repositioned, seals and heals more completely, posing less risk in the future. When I see a patient who has had blade LASIK, even 10-15 years ago, I always instruct them to exercise extreme caution when performing certain activities or playing certain sports that are more likely to result in eye injury. For this reason, in the military they have never allowed blade LASIK but have approved all-laser LASIK for over 10 years.

If you are considering LASIK, always ask if your flap will be made with a blade or a laser (blade-free). Ready to take the next step and learn more about all-laser LASIK at Providence Eye? Contact us now for a complimentary LASIK consultation.