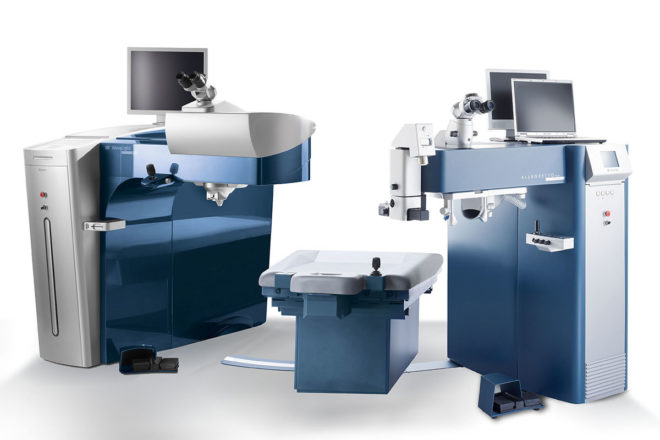 The Evolution of LASIK Technology: A Rock Icon

All of a sudden you hear that one song on the radio over and over again. A new pop star seems to be born overnight. But, time and time again, it is revealed that these “overnight sensations” have really grown, matured and improved over many years. This story is absolutely true for LASIK. Almost suddenly it seems like everyone knows someone, or many, who have had LASIK and have been able to eliminate or greatly reduce the need for glasses and/or contacts. But, this acceptance of LASIK has not happened overnight; LASIK seems like a pop star, but it’s really a matured rock icon.

There are many points in the history of LASIK technology, but let’s take a look at them in fast forward mode:

But wait, the LASIK of 1989 is nothing like the LASIK of today. It’s been 25 years since Dr. McDonald performed the first refractive laser procedure. Since that time, LASIK technology has continued to mature at an exponential rate, undergoing numerous transformations.

From Blade to Bladeless All-Laser LASIK

The 1980s and early 1990s were exciting times in the world of vision correction surgery. Never before was there something so effective in correcting vision with so few side effects. During this era, all LASIK procedures were being performed utilizing a microkeratome (blade) to create the corneal flap and the excimer laser to correct the vision. Amazingly enough, today in 2014, there are still LASIK practices using a microkeratome to perform laser vision correction. Seems shocking, considering how far LASIK technology has come. Would you want to be using your cell phone or computer from the early 1990s?

The world of scientists and ophthalmologists would certainly not be content with using a blade for the long term. They knew in their hearts and their minds there must be a better way to create a better flap. Enter the femtosecond laser.
In 2001 the FDA-approved the femtosecond laser and it quickly took on the name IntraLASIK, from the name of the manufacturer who first gained FDA approval for the device named IntraLase. IntraLase technology, which is still used in some facilities, was the first all-laser advancement that replaced blade LASIK technology, improving results and increasing LASIK safety and predictability.
Maintaining the cornea’s most natural shape was another area of improvement that scientists knew was important. Alcon*, the parent company of WaveLight lasers, helped to engineer lasers that enabled more natural corneal reshaping at a faster rate, reducing surgery time and improving results. With an ability to reshape corneal tissue more naturally (not noticeable to the naked eye), WaveLight Optimized® LASIK technology yielded better results, significantly reduced the risk of glare and halos, and created a more predictable end result.

Not a Pop Star, A Rock Icon: LASIK technology takes the next step into the future with the WaveLight EX500 Laser

Dr. Mozayeni at Providence Eye & Laser Specialists has always had a commitment to the best state-of-the-art technology approved by the FDA. That’s why when he opened Providence Eye in 2003, he invested in IntraLase technology, ensuring all of his patients would only have all-laser LASIK. Over the past 10 years Dr. Mozayeni has replaced multiple lasers and upgraded several to their latest state-of the art functionality.

Today, that commitment lives on with his most recent investment. One of the newest additions to LASIK technology is the WaveLight EX500 laser. Better able to track eye movements during LASIK procedures at a faster speed, the WaveLight EX500 was approved by the FDA in September 2013 and has shown to be safer, faster, more predictable and have the ability to maximize better results for the patient. Currently one of the fastest LASIK lasers in the U.S.A, the WaveLight EX500 operates with a 1050 Hz-type multi-dimensional eye tracker and features an impressive 2-millisecond latency during movement tracking*. That’s 10 times faster than the human eye can move. Other EX500 benefits include:

LASIK technology has brought tremendous benefits to millions worldwide since its inception. Today, the safety, speed, predictably and results of LASIK technology has grown and matured over the decades, thanks to brilliant scientists and physicians. So, if you are one of those people who is tired of just hearing about how great LASIK is and are ready to see for yourself, visit Providence Eye. During your complimentary LASIK consultation, you will meet Dr. Mozayeni, see his state-of-the-art LASIK suite and learn if you are an ideal candidate. To learn more about our LASIK technology or to schedule a free consultation, feel free to contact our office today.