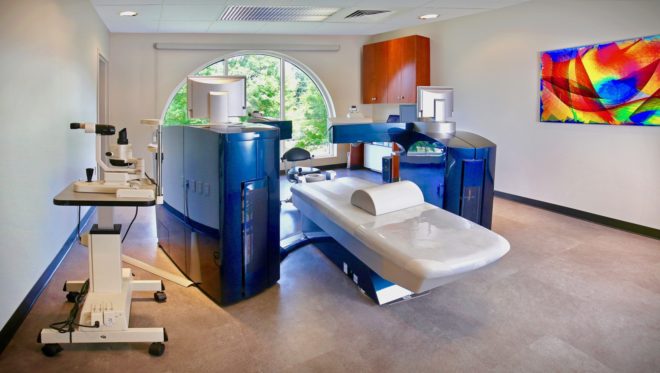 The WaveLight® EX500 laser specifically addresses the shortcomings of other lasers.

LASIK is a two-step procedure:

At Providence Eye & Laser Specialists, Dr. Mozayeni and Dr. Nunnery utilizes the WaveLight® FS200 laser for making the flap, and the complementing WaveLight® EX500 laser to reshape the cornea. This is the marriage of the two best FDA-approved lasers available.

WaveLight was the first company to introduce high-speed LASIK technology in the United States. Now, the WaveLight EX500 laser takes LASIK technology one step further with one of the fastest excimer laser systems available today in the U.S. Thanks to the incredible engineering of the laser, many people can have their vision corrected in as little as eight seconds, some even more quickly. At the same time, the WaveLight EX500 laser delivers superior results with less risk and fewer side effects. Equipped with the best and latest LASIK technology, Providence Eye consistently delivers predictable and optimal results for our LASIK patients.

PerfectPulse Technology™ ensures safe and precise work on your eyes. Each ultra-thin laser pulse is used to sculpt the corneal surface of the eye with the utmost accuracy. The high-speed eye tracker follows the eye’s fastest movements, checking the eye’s position 1000 times per second! This LASIK technology ensures accurate placement of each pulse on the cornea. In addition, an integrated cross-line projector provides the surgeon with an exact alignment of the eye’s position, making the EX500 one of the safest, most effective lasers currently available. PerfectPulse Technology represents a unique approach to laser vision correction. It accounts for much of the precision and predictability of the EX500 laser and offers advantages over all other available lasers in the United States. High-speed eye tracking charts the eye’s movement 1000 times per second, so that the laser will not correct your vision until eye position is exact and perfectly aligned. As a result, every laser pulse is completely controlled, allowing for the most accurate level of correction possible. 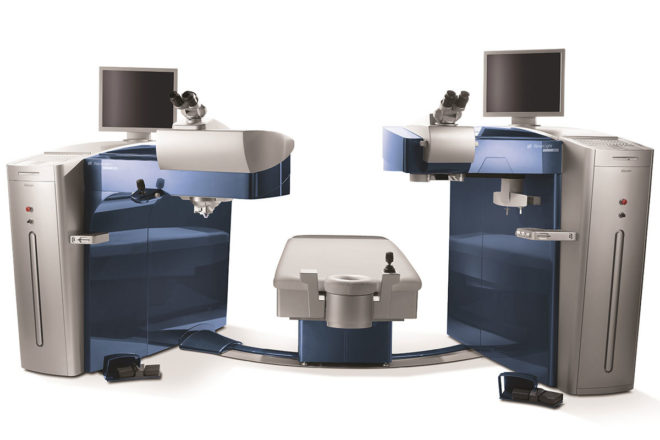 With this advanced LASIK technology, you can have peace of mind that the amount of energy in the laser has been calibrated to exactly the right level. After the beam has been created, it passes through three checkpoints on its way to your eye. At each of these points, the energy level is checked and adjusted if necessary, ensuring that the beam is perfectly attuned at its destination. The WaveLight EX500 laser produces a precise, controlled beam of energy. This LASIK technology employs a proprietary overlapping method to ensure accurate laser placement, and is one of the ways that the EX500 is able to achieve a more natural corneal surface than many other lasers used for vision correction.

Due to the remarkable speed of both the eye and the EX500, the laser beam needs to be constantly and minutely adjusted to the position of the eye at any given time. One thousand times per second, the eye’s location is measured and the internal mirrors of the EX500 are automatically aligned. Just before the pulse is released, a second check is made to confirm that the eye has not moved. This happens 500 times every second, once for every laser pulse. If, at any time, the eye moves too quickly to be measured or moves out of range, this LASIK technology causes the laser to pause and wait for the eye to move back into position.

The WaveLight EX500 laser is one of the fastest vision correction lasers for LASIK available in the United States. At 500 laser bursts per second, it takes less than two seconds of treatment to correct one diopter. Of course, advanced LASIK technology means spending less time under the laser, which means less stress for the patient and a potentially better outcome.

The WaveLight EX500 laser can produce some of the largest available optical zones. This zone refers to the portion of the cornea that has been corrected by the laser. A larger optical zone is especially important for night vision and for patients with very large pupils. In the past, this has been one of the biggest limitations of conventional laser correction surgery. Wavefront-optimized LASIK technology built into the EX-500 laser addresses this limitation. 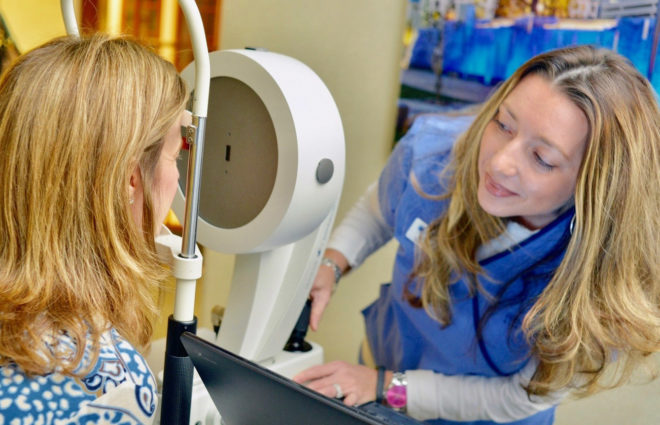 One of the most innovative features of the WaveLight EX500 laser is that it is capable of three different types of treatments:

Although not it’s most exciting attribute, the WaveLight EX500 can be used to perform a wavefront guided correction utilizing aberration data (visual imperfections) in those individuals that would benefit from such a correction. This LASIK technology is similar to what was originally introduced as CustomVue on the VISX laser in 2003.

More exciting is the way the WaveLight EX500 laser can be used for wavefront optimized LASIK which automatically compensates for the curvature of the cornea. Previously, the area of correction known as the “optical zone” was centered on the front of the cornea; the result was a flattened circular area that ended with an abrupt edge, possibly causing unwanted side effects such as glare and halos. The WaveLight EX500 laser changes all that! The WaveLight EX500 sends extra pulses to the periphery of the cornea to compensate for the angle of the laser beam. The result is the natural aspherical shape of the cornea is preserved to a degree that older lasers simply could not achieve. This compensation, combined with the incredibly small, 1mm beam size of each pulse, produces a smooth, effective optical zone that can only improve results and minimize side effects.

The most exciting aspect of the WaveLight EX 5000 is that it can perform topography guided correction, known as Contoura Vision! Contoura Vision has been available on the Wavelight EX500 since late 2015 and was adopted by Dr. Mozayeni in 2016. Contoura Vision allows even more customization of the treatment using the corneal mapping data unique to each cornea. This level of customization has improved the likelihood of achieving better than 20/20 vision and is intended to provide vision quality not attainable with glasses or contact lenses. At night or in dark conditions, the pupil becomes larger to permit the maximum amount of light to enter the eye thus making glare and halos more obvious even with glasses and contact lenses. To reduce the risk of this issue following LASIK, the WaveLight EX500 laser produces a larger optical zone by compensating for corneal curvature and adding laser shots to the periphery of the optical zone effectively enlarging the total surface area treated, and virtually eliminating glare and night vision problems associated with older LASIK technology still used at other practices in the region.

This amazing technology in conjunction with an cornea trained LASIK surgeon is what creates predictable OPTIMAL results. The WaveLight EX500 laser is FDA approved for virtually all corrections including farsightedness, nearsightedness and large amounts of astigmatism.

We are looking forward to assisting you! You will receive a call from one of our team members within 1 business day from our main number (704) 540-9595. We use this number for both phone calls and text messaging. We do not use a call center. Please add this number to your contacts enabling you to recognize us when we reach out to you.

We look forward to getting to know you!